Family Narratives of Being German in Yorkshire

‘Family Narratives of Being German in Yorkshire’ is a large format, digital illustration based on documents, objects, and conversations with German expatriates and descendants of Germans living in Yorkshire. The artwork was produced as part of a larger project, ‘In the Wrong Place at the Wrong Time‘, led by Dr Claudia Sternberg and funded by the WWI Public Engagement Centre for Hidden Histories. This project explored the changes experienced by German nationals and their descendants over the last century.

Themes explored in the illustration include nationality, marriage, children, cultural heritage, work, education, and alienation. Through these themes, the artwork investigates what it means to be an EU national living in post-referendum UK, and continues my interest in the ways that personal objects and images represent elements of place. The artwork was first displayed at the Pleasure, Privilege, Privations exhibition and book launch at Wakefield One on 28th April 2018. The artwork is also featured in an Art Council England report into partnership research between Higher Education and Public Libraries.

I presented the project, alongside Dr Sternberg, at the Memory Studies Association Annual Conference, Madrid, 25th – 28th June 2019, as part of a panel on memory and migration. Here, we discussed our use of creative methods and co-production as a process for collecting and disseminating personal and collective memories. Following this event, we arranged a further meeting with the German group to discuss their thoughts about the artwork and the potential for adding further elements. This led to a revised version of the artwork which was produced as a fabric banner and exhibited as part of the 50th anniversary celebrations of the civic partnership between the cities of Leeds and Dortmund in Leeds Town Hall. 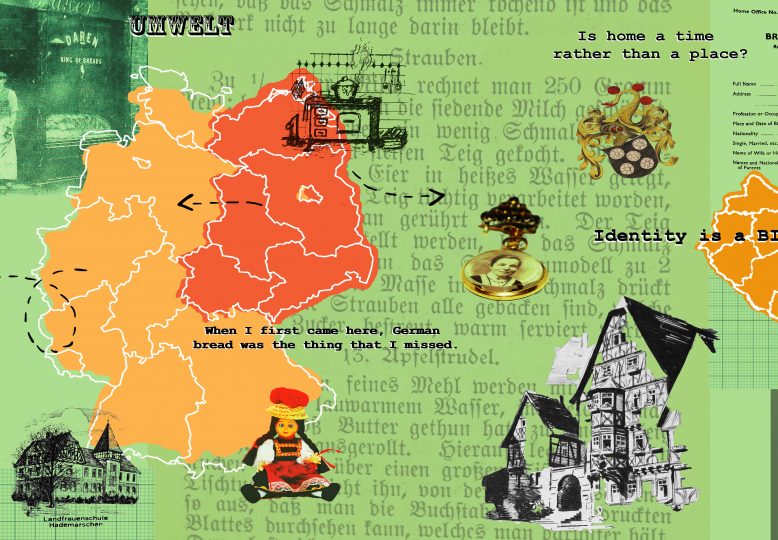 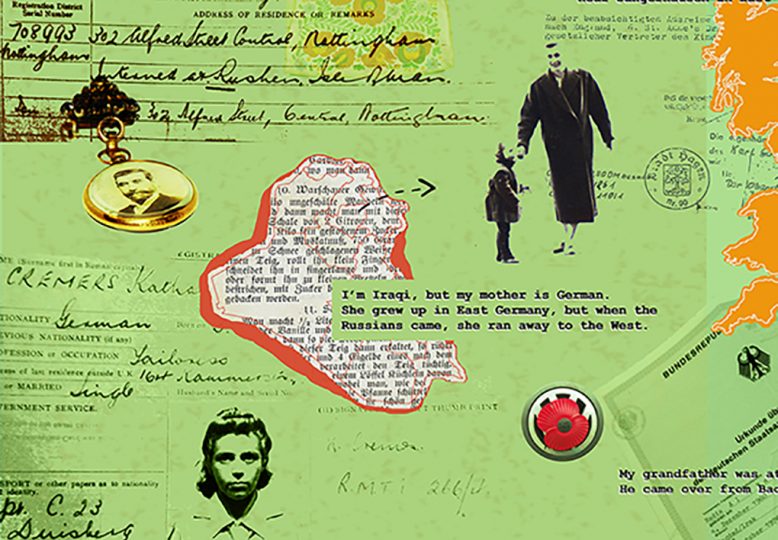 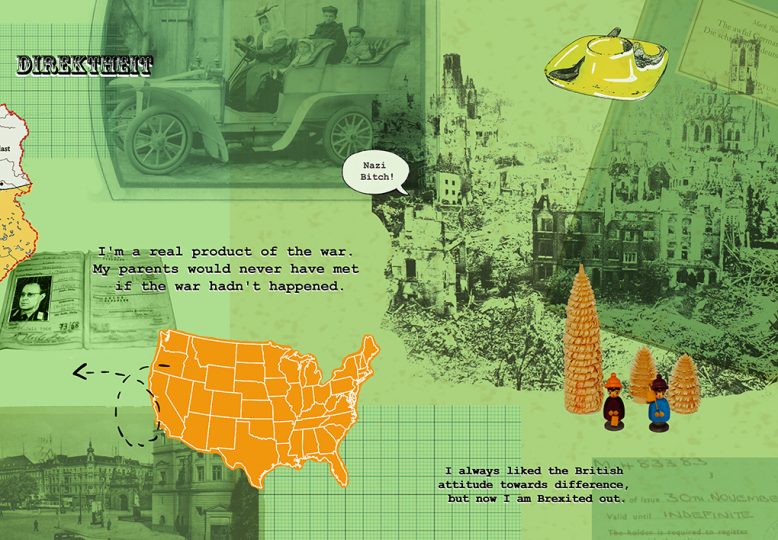 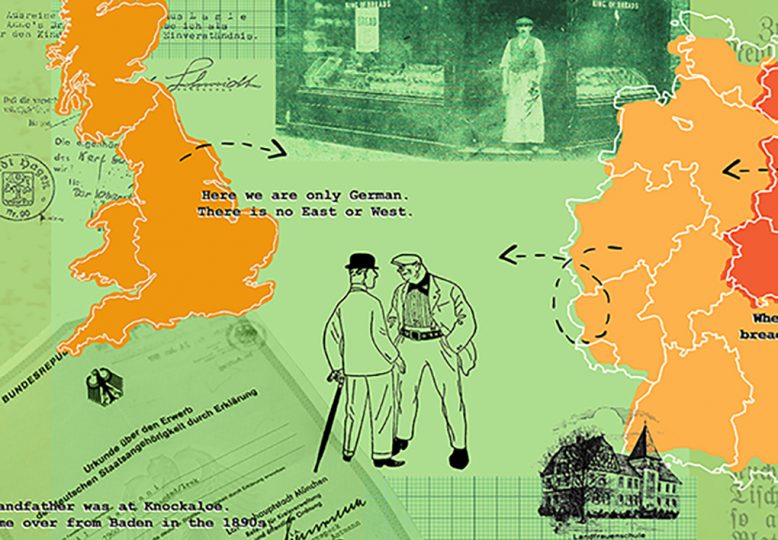